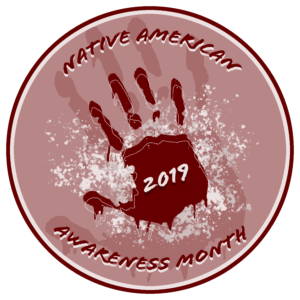 The Intercultural Center, along with the Native American Student Association would like to invite you to observe this year’s Native American Awareness Month (NAAM). Our 2019 theme is Genocide which highlights the Native bodies and tribes our country has settled on and its impact on Native culture. Understanding that genocide is a structure that began in 1492 and has since manifested in various forms of violence, we wish to highlight and educate how Native life has sustained itself.

Throughout the month of November, a series of red dresses and beads will be displayed in support of the missing, murdered Indigenous women. The display will provide education on the number of Natives who have died due to colonialism and genocide, as well as highlight the absence of Native Americans who land this institution is built upon.

Sponsored by: The Intercultural Center, Native American Student Association, Office of the President, Office of the Provost, Division of Campus Life, Dean of Students Office, Office of Diversity & Inclusion, Department for the Study of Religions and the Department of Anthropology

Warrior Women is the story of Madonna Thunder Hawk, one such AIM leader who shaped a kindred group of activists’ children – including her daughter Marcy – into the “We Will Remember” Survival School as a Native alternative to government-run education. Through their story, Warrior Women explores what it means to balance a movement with motherhood and how activist legacies are passed down from generation to generation in the face of a government that has continually met Native resistance with mass violence.

November 6: My Shelf to Yours

This event allows individuals to select a hand wrapped book related to Indigenous culture. The carefully curated collection will feature a wide range of genres that are tagged with intriguing clues alluding to the book inside.

Join the Harvest Table Culinary Group in the Pit for a “Pop Up” event featuring a cuisine from the Native American culture. The culinary dish for the day will be Three Sisters Soup.

What’s more important in society? Upholding a name of an athletic team or acknowledging the feelings and emotions of a race of people? Upholding the stance of racial names and images that are degrading and offensive towards a race of people whom they are to represent is an act of egocentric behaviour, bullying, and cultural insensitivity.

Author of five books, award-winning poet and educator Shonda Buchanan was born in Kalamazoo, Michigan, a daughter of Mixed Bloods, tri-racial and tri-ethnic African American, American Indian and European-descendant families who migrated from North Carolina and Virginia in the mid-1700 to 1800s to Southwestern Michigan. Black Indian, her memoir, begins the saga of these migration stories of Free People of Color communities exploring identity, ethnicity, landscape and loss.

C3: Building Community Over Coffee and Conversation is a special topic in recognition of Native American Awareness Month and Trans Advocacy Week. We will be learning about Two-Spirit identities and experiences; Two-Spirit is a collective term used to describe third gender or gender variant identities that are part of the culture for many Indigenous communities.

All Day, The Pit

Stop by The Pit to learn about the myth of Thanksgiving and what Thanks-taking actually means to Native people. We invite you to reflect and rethink the meaning of this holiday.

Find us on campus map